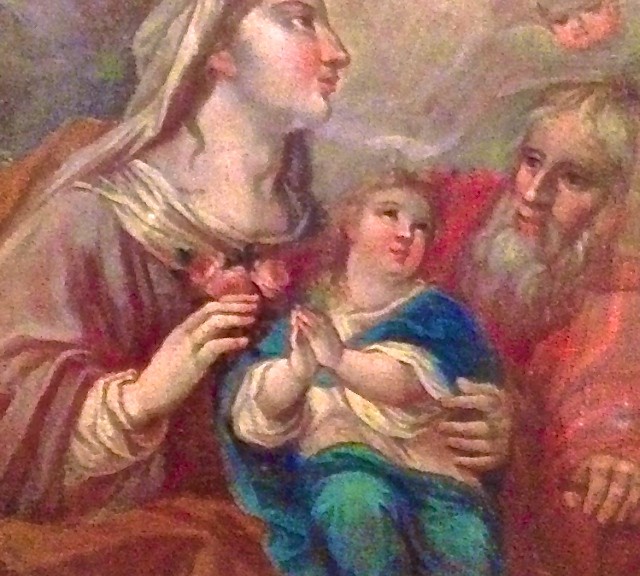 Here is a very nice rendition of it:

St. Anne, the mother of Jesus, is not mentioned in the biblical canon at all, but first appears in 2nd century apocryphal literature. The French were the first people of western Europe to venerate her, around the 13th Century.  In the 17th Century, the French brought their unique devotion to St. Anne with them to the New World.  In 1658, a chapel was built about thirty miles northeast of Quebec City along the St. Lawrence River, called St. Anne-de Beaupre.  Over the centuries, the site grew into one of the most popular Catholic shrines in the world.  In 1922, a huge basilica was built on the site of the original chapel, which still stands today.  Joseph Allard, the composer of St. Anne’s Reel, was from Chateauquay, Quebec, not far from the shrine.

Being of Shetland descent, I rather prefer the legend that the seed idea for this reel came from the reel players of the Shetland Islands, as it is also known as the Shetland Reel in some circles. But that’s just me…